Celtic Ring Designs: A Perfect Combination of Mystic and Beauty

Celtic weddings rings are not only unique and beautiful, but also a perfect way to say 'I Do' to your beloved. Read on to know more about these rings and their intended meanings. 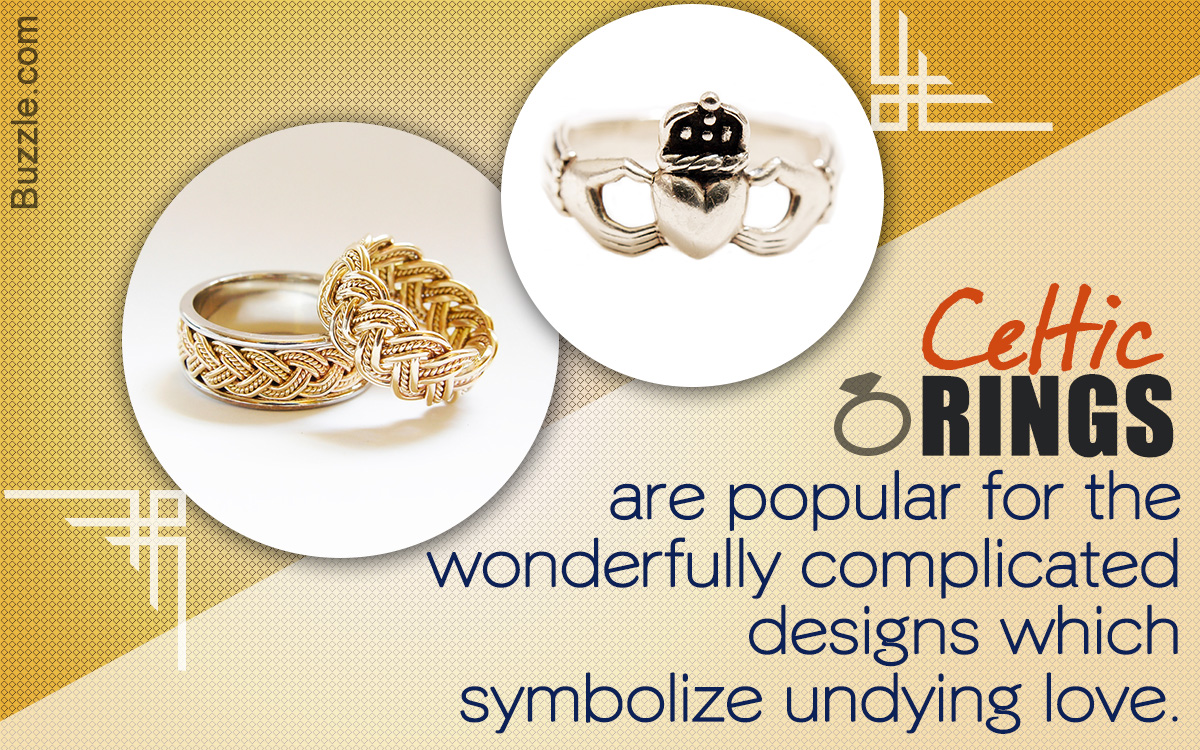 Celtic weddings rings are not only unique and beautiful, but also a perfect way to say ‘I Do’ to your beloved. Read on to know more about these rings and their intended meanings. 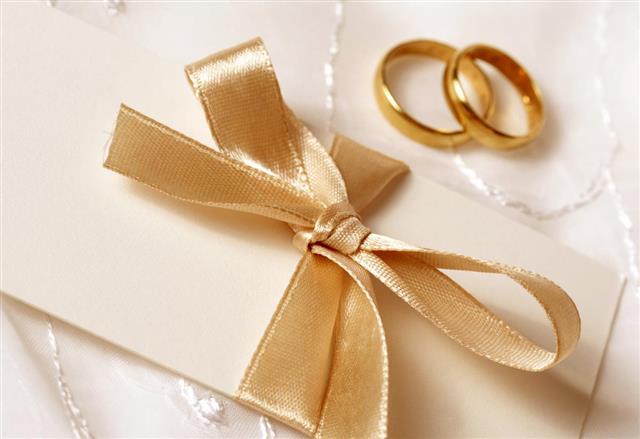 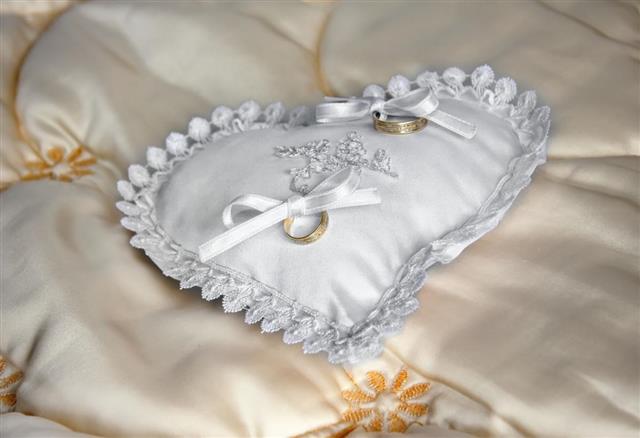 During 400 and 1000 B.C., the Celts were spread all over Europe. They developed intricate designs that focused on geometrical patterns and nature. They also traded with the Greeks as well as Italians and adopted the art of these cultures into their own designs. Later on, when the Celts were forced to settle in the British Isles by the Angles and Saxons, they managed to keep their traditions and art intact. Their designs were infused with animal interlacing in stylized forms. Moreover, their sculptures and metalwork expressed hidden messages. The Celts also simplified the human figure in order to interlace it in their art.

Celtic jewelry is reminiscent of the richness of this vibrant culture and is engraved with the cryptic symbolism as well as religious significance. Celtic motifs and patterns are extremely popular for rings and bracelets as these designs are wonderfully complicated and symbolize undying love. A few of these designs are mentioned below: 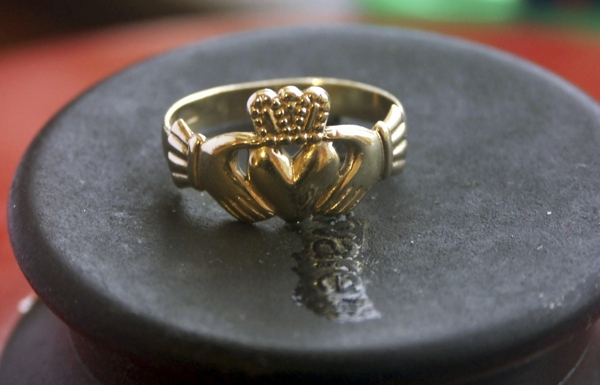 This design features two hands holding on to a heart between them with a crown on the top of the heart. It represents undying love, commitment, friendship and loyalty. It is a perfect way to embark on the journey of marriage. Legend has it that the ring became famous when a man named Richard Joyce handcrafted the ring for his sweetheart who was waiting for him in his homeland. Upon leaving Ireland to make money for their marriage, he was captured by pirates and sold as a slave to a goldsmith. However, love prevailed and after many hardships, the lovers were united and their love immortalized. This ring celebrates love and promise. 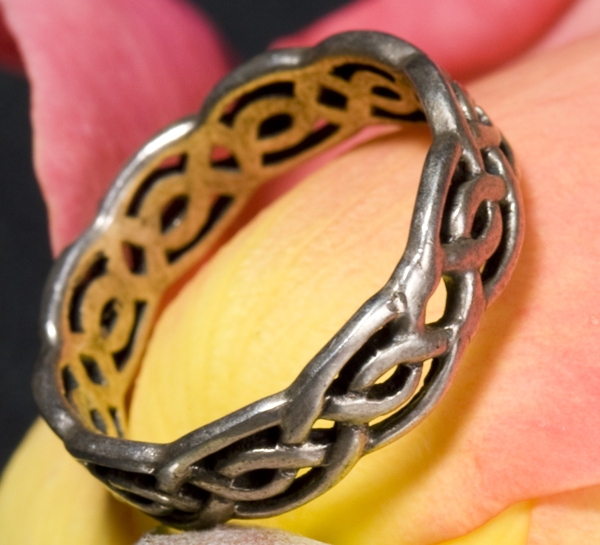 Celtic rings are fashioned into many different types using gold, silver and platinum. An endless knot or a trinity knot are engraved on the ring to bring out the timeless and never-ending love between two people. Also known as the mystic knot, it has no beginning or ending. Therefore, such a ring represents the infinity of love. On the other hand, trinity knot signifies body, mind and the spirit. Hence, a wedding ring inscribed with this design represents ‘giving oneself to his/her beloved in the truest of forms’.

The Celts interwove the spiral and swirl patterns into their art and culture even though spiral patterns were rooted in the pagan culture, predating the Celtic era. The spiral designs are usually in the swirls of double, triple or quadruple. Such a wedding ring design represents life, death and rebirth in the numerous spirals and its varying directional flow. 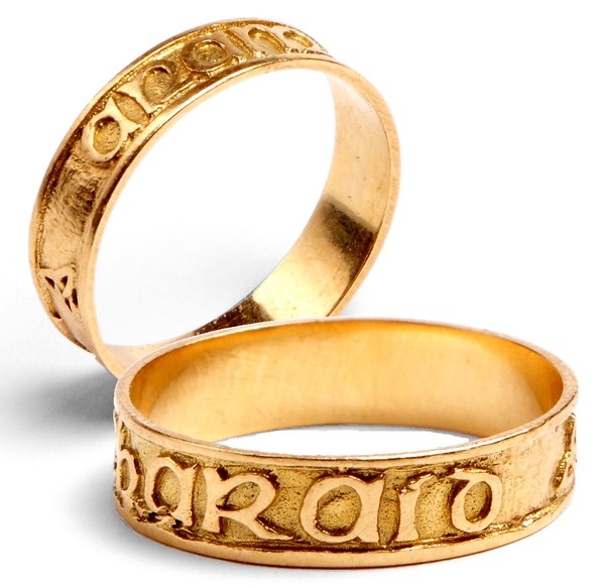 Gaelic script inscribed rings symbolizes the eternal promise of the marriage vows reflected upon the band of gold. A ‘Mo Anam Cara’ ring is a perfect way to profess your love for someone special which in Gaelic means ‘My Soulmate’. Similarly, you can also etch the inscription ‘Ga Gro Deo’ into the wedding band which would say ‘Love Forever’.

The warrior shield is a popular Celtic symbol which has been taken from the famous Ardagh Chalice, found in a potato field by two farmers in 1868. The chalice is considered as the most important treasure of Ireland and since its discovery, the influence of the chalice on Irish and Celtic jewelry has been profound. Nowadays, the brides and grooms alike crave to have such a design in their wedding bands in order to complete their Irish or Celtic dream wedding.

You can also engrave Celtic styled calligraphy on your ring to showcase your appreciation of this art. The letters can be shaped into different forms and entwined in spiral and knot designs. By engraving these designs on your ring or other jewelry pieces, you can embrace the timeless quality of this culture. 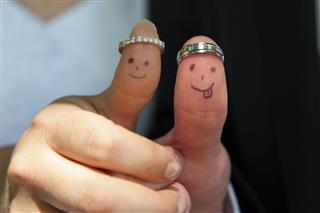 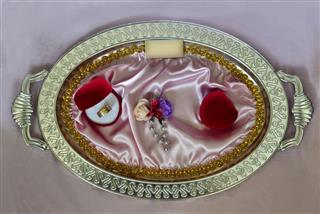 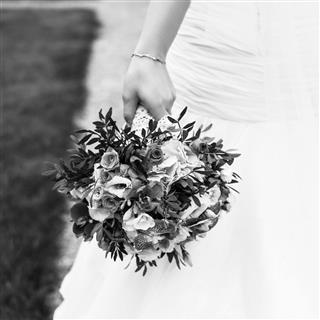 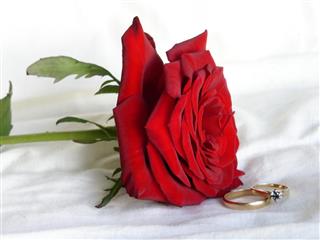