This article lists some of the most apt and popular entrance songs for a bride on her wedding day. Read on...

This article lists some of the most apt and popular entrance songs for a bride on her wedding day. Read on…

Although, it is the presence of close friends and family at the wedding which makes the day even more special for the couple, yet there is one more thing that adds to the memory of the wedding reception like none. And that is the entrance song! If the song is chosen well, it lends an altogether different feel and emotion to the environment. The song however, should be chosen after a lot of thought and according to the occasion it is being played for.

For instance, if it’s the first dance of the couple, some beautiful romantic numbers should be played. On the other hand, if the songs are meant to announce the arrival of the guests, some peppy entrance songs should be selected. Given below is a list of some of the best songs, which have been especially hand picked to play when friends and family of the bride arrive.

These songs are very popular and are played at most weddings to set the mood for the day. Some of them are romantic, some are classics whose lyrics almost everyone knows by heart. So, take your pick from them according to your liking! 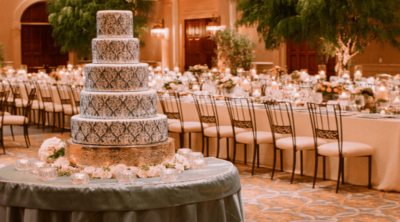 The Wedding Expenses: Who Pays?
Beautiful Wedding Images That’ll Make You Say ‘I Do’ Right AWAY!